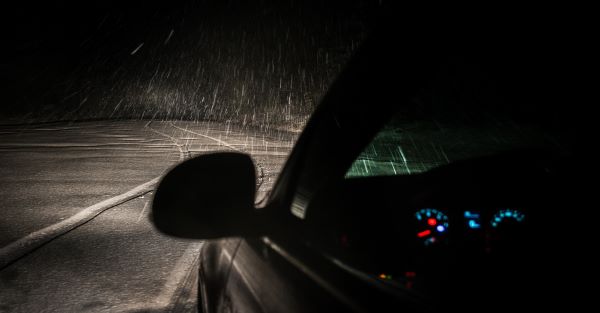 Driving safely: See and Be Seen Even in the Dark

Car lights are the most important safety systems in your vehicle, because they allow you to be seen, to see and they give other drivers a clear signal of your intentions.

The technology of car lights has advanced a lot in recent years, just think of the complex headlights that deactivate individual LEDs to avoid dazzling other drivers, to the daytime running lights that are always on. For us, it is important to note that light bulb technology has also moved forward, moving away from traditional halogen bulbs, now being replaced by HID (high intensity) and xenon bulbs. So let’s dig a little deeper and see what are the lights in your car (from the parking lights to the rear lights for cars) and the bulbs that you will have to replace during normal maintenance or that you will have to request from your trusted auto parts store.

Type of lights: from sidelights to car taillights

What are the sidelights on a car?

The position lights can be used when visibility is slightly reduced, but not to the point where the dipped headlights are needed. In recent years these have been replaced on new cars by daytime running lights (DRLs), which come on as soon as the vehicle is turned on and only go out when the low beam lights are activated (or sometimes when a indicator).

What are dipped headlights?

Low beam, also known only as low beam, should be used when visibility is impaired by increasing darkness or adverse weather conditions such as rain, fog or snow. They are very different from high beams.

High beams are the brightest lights in the front of the car and should only be used when your visibility is impaired and when there are no other vehicles in front of you or approaching. However, the high beams should not be used in dense fog or heavy snow, because the light is simply reflected off the driver, reducing your ability to see ahead instead of increasing it. In this case the fog lights should be used.

Some, but not all, cars have two front fog lights, designed to emit a wide beam of light that illuminates the edges of the road closest to the front of the car. This makes it easier to see the sidewalk in thick fog. In modern cars, they are sometimes used to mimic the effect of directional (or swivel) headlights, so when you turn the steering wheel, the fog light for that side of the car will illuminate to illuminate the road in the direction you are turning.

What Lights are there in the Back of a Car?

On the back of a car there are bright red taillights, which illuminate when the headlights or position / DRL lights are on. We commonly refer to them as car taillights. The brake lights are of the same red as the rear lights, but they are much brighter and only come on when you press the brake pedal. Most cars also have a third brake light at the top or bottom of the rear window, which only lights up when the brake pedal is pressed. If you have a European car it likely has a rear fog light that helps you see yourself in the fog and pouring rain, while a white reverse light signals others that you intend to reverse and helps you see behind.

There will also be rear turn signals, which can be flashing orange or built into car taillights. As with the front lights, the traditional bulbs in the rear lights are replaced with LED technology, which is brighter, more efficient and more reliable.

In fact, although we always tend to pay more attention to what we see (and therefore to the front lights) we must never forget that cars’ rear lights have the even more important function of showing us and declaring our intentions to those behind us. driving, thus avoiding unpleasant inconveniences and putting our safety on a higher level.