There are numerous factors you should take for consideration when selecting headlights for your car. First and foremost, buyers have to understand the components of the headlights, the primary difference between sealed beam headlights and headlight bulbs, and the pros and cons of various kinds of bulb.

There are two kinds of headlight bulbs and these include single beam bulb and dual beam bulb. Every car headlight should have both low and high or dipped beams. Others achieve it through the use of individual bulb that is integrated with both low and high beam function and it’s known as Dual Beam bulb. 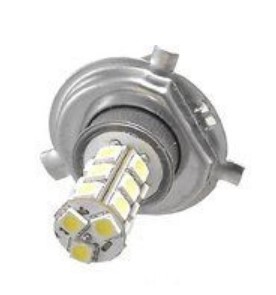 The other designs have 2 separate bulbs with low beam and high beam function. Like the H1 bulb for high beam and the H7 LED lights for dipped beam. Both H7 and H1 bulbs are Single Beam bulbs.

As in most applications, LED headlights are used in cars and produce enough light to boost visibility. LED headlights also have certain features that are related to style, performance and model number.

Shockproof is often dependent on bulb materials and the entire solid design to lessen vibration frequency and achieve damping function. If you drive a car, it is inevitable to bump. Other poor performance headlights might shut down temporarily and cutline might be influenced sometimes, which can affect one’s driving experience.

Given all the car motor oil options out there, choosing the right oil for your car might seem like an impossibly daunting task. Read more …